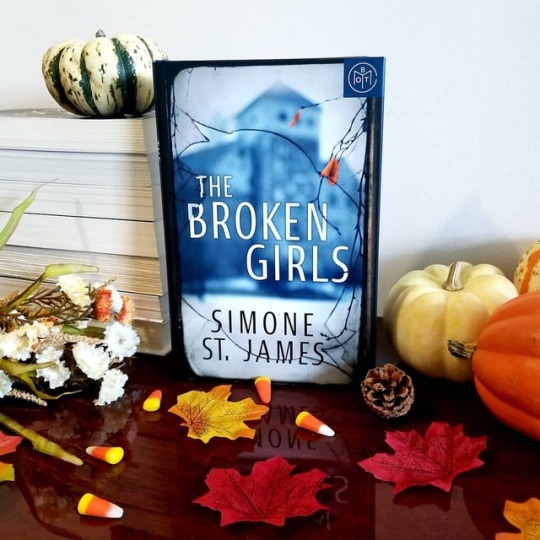 A breakout suspense novel from the award-winning author of The Haunting of Maddy Clare.

Vermont, 1950. There’s a place for the girls whom no one wants–the troublemakers, the illegitimate, the too smart for their own good. It’s called Idlewild Hall. And in the small town where it’s located, there are rumors that the boarding school is haunted. Four roommates bond over their whispered fears, their budding friendship blossoming–until one of them mysteriously disappears. . . .

Vermont, 2014. As much as she’s tried, journalist Fiona Sheridan cannot stop revisiting the events surrounding her older sister’s death. Twenty years ago, her body was found lying in the overgrown fields near the ruins of Idlewild Hall. And though her sister’s boyfriend was tried and convicted of murder, Fiona can’t shake the suspicion that something was never right about the case.

When Fiona discovers that Idlewild Hall is being restored by an anonymous benefactor, she decides to write a story about it. But a shocking discovery during the renovations will link the loss of her sister to secrets that were meant to stay hidden in the past–and a voice that won’t be silenced. . . .

The Broken Girls is the perfect novel to pick up in October. It’s creepy, atmospheric, and also surprisingly heartfelt. It’s categorized as a mystery/suspense novel and a ghost story is a large driving force in the narrative. These kinds of novels often fall flat for me because the characters tend to be cardboard cutouts instead of fleshed-out human beings. The Broken Girls is very character-driven, and feels like it has more substance than a lot of novels in the same category.

The main character of the modern story line is a journalist, Fiona, whose life has been altered by the death of her older sister twenty years prior. Her sister’s boyfriend is in prison for the murder, but little inconsistencies have always nagged at the back of Fiona’s mind, and she’s been unable to move on. When she finds out that a developer has purchased the old abandoned girls’ boarding school where her sisters body was found, her personal connection to the place leads her to want to cover the story.

“Idlewild was the boarding school of last resort, where parents stashed their embarrassments, their failures, and their recalcitrant girls. Hidden in the backwoods of Vermont, it had only 120 students: illegitimate daughters, first wives’ daughters, servants’ daughters, immigrant girls, girls who misbehaved…”

The 1950’s sections of the novel explore the lives of various girls who were living at the boarding school at the time. These sections were ridiculously engaging and the characters were each sympathetic in their own way, as St. James explores some of the reasons a girl might be considered “troubled” at the time and simply sent away. For example, one of the girls stopped speaking entirely after experiencing a traumatic event; her parents made some attempts to get her help, but when these were ineffective, off to Idlewild she went.

“It was infuriating how many people got things wrong about you when you were a teenage girl, but as she had learned to do, Katie took her anger and made it into something else.”

There are two main driving forces in these sections of the novel: a piece of school lore about a possibly malicious ghost named Mary Hand who appears to each of the students sooner or later, and the disappearance of one of the girls, quickly dismissed by authorities as a runaway. In the course of covering the story of the renovation of Idlewild in the modern day, Fiona also gets caught up in these stories and hopes to solve both of the mysteries. At the same time, she begins to uncover new information about her own sisters’s murder which may put her in danger herself.

The various mysteries in The Broken Girls are woven together so seamlessly and the story is expertly paced. I fell in love with these characters and was anxious for them in the moments of tension sprinkled throughout the book. The eerie atmosphere is perfect for this time of year. The Broken Girls is out in hardcover and Kindle now, and will be released in paperback on November 20, 2018.

Thanks for reading! Have you been reading any ghost stories in the days leading up to Halloween? What’s your favorite novel that features a ghost story?

5 thoughts on “Review – The Broken Girls, by Simone St. James”